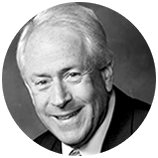 Leslie Martin is a graduate of Stuyvesant High School in NYC, and Brooklyn College of CUNY with a BA in Political Science. He obtained his Juris Doctor degree from Brooklyn Law School in 1969, and was admitted to the New York State Bar at the March 1970 term. He is also admitted to practice in the Federal District Courts for the Southern and Eastern Districts of New York, and the United States Supreme Court. Mr. Martin has been engaged continuously in the practice of law since his admission to the bar in 1970, and joined the firm of Blodnick & Fazio in February 2016 as “Of Counsel”. Mr. Martin maintains his own practice, Leslie Martin, Attorney at Law.

Mr. Martin is a member of the New York State Bar Association, Family Law Section, the Nassau County Bar Association Matrimonial, Family Law, and Real Estate Law Committees, the New York Family Law American Inn of Court, a prestigious group of lawyers and judges concentrating in the practice of matrimonial and family law who’s limited membership is open by invitation only, and is a past president and member of the Board of Directors of the Nassau Lawyer’s Association of Long Island.

Mr. Martin possesses a wealth of experience in the practice of all facets of matrimonial and family law, including the ability to negotiate and settle the most contentious divorce cases. Mr. Martin’s trial experience is extensive and extends into the areas of divorce, custody, visitation arrangements, equitable distribution of marital property, maintenance and child support, and enforcement of judgments and orders. He is also adept at negotiating and drafting pre- and post-nuptial agreements and separation and settlement agreements. Mr. Martin has represented hundreds of clients over the years in the sale and purchase of homes, including condos and co-ops, and is equally at home in the planning and preparation of wills and trust agreements for his clients.

Mr. Martin’s practice extends from Nassau County to all surrounding counties, including the five boroughs of the City of New York.